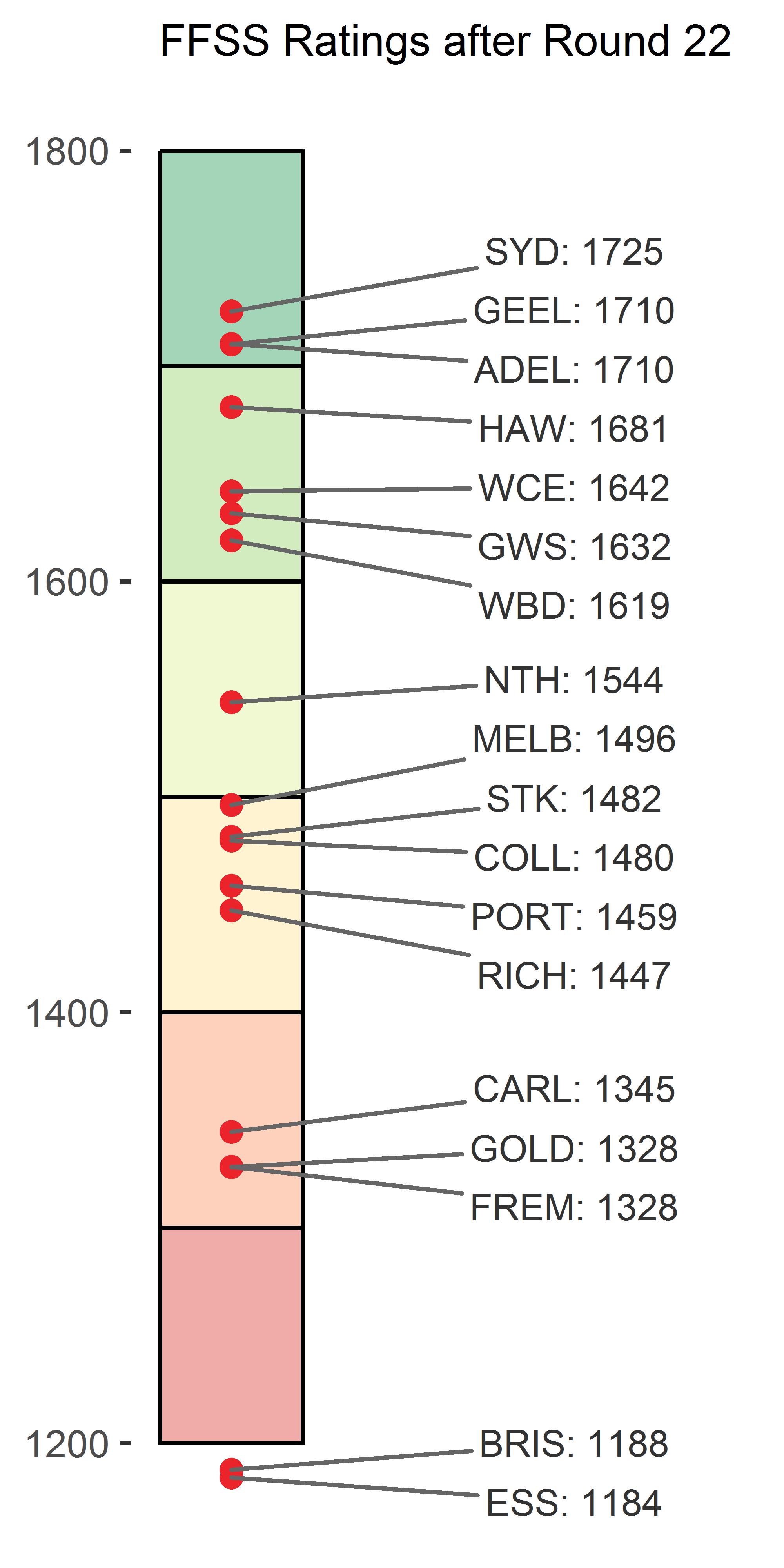 Ratings After Round 22 Just How Quickly Are Hawthorn Fading? Here are the FFSS ratings following this round.

Ratings changes are pretty static come this time of the year. We have learned so much about each side over the past 21 weeks, another single week of games doesn’t really offer us the same amount of new information about a side as it did at the start of the season.

That being said, re-orderings and changes are still going on. Take Hawthorn for example. Just last week, FFSS rated the Hawks the second best side in the comp, only a smidgen behind Sydney. I wrote at that time how and why we may be overvaluing the Hawks.

Fast forward to this week, and a disappointing performance in Perth against the Eagles sees the Hawks slide down the rankings a touch. From the “eye-test” alone, this seems like a more realistic rating. They don’t seem to be playing the same high-quality football that Sydney, Adelaide and Geelong are right now, but it would also be silly to suggest they are not one of the sides still in with a good shot at the premiership.

There are, however, warning signs that the Hawks may slip even lower. This weekend they failed to created a single scoring shot within 25m of goal and were perhaps a bit lucky to not lose by even more than they did.

Hawks failed to create a single chance within 25m of goal. No high quality chances at all. #AFLEaglesHawks pic.twitter.com/fC0Nmue9sr

This poor Shot Quality Production is eerily reminiscent of their performance against Melbourne only two weeks earlier.

Plenty has been said about Hawthorn’s performance in tight games this year, and the general opinion that most people who use data to analyse footy seem to hold is that the Hawks have been more lucky than skilled to escape with as many wins as they have.

The Hawthorn reign seems to be coming to an end, but just how quickly will that fall from grace come?