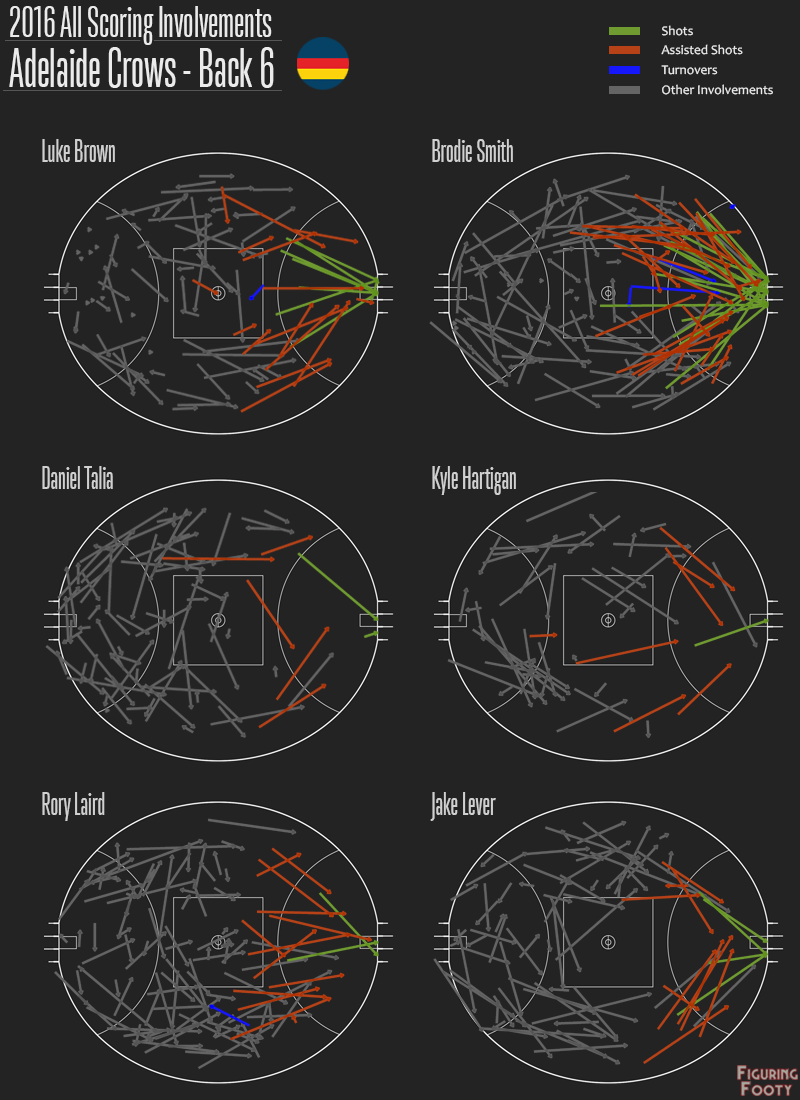 These articles are framed as an “analytical preview of teams before each final”, but in reality I will be using them as a way to introduce some new concepts, visualisations and ideas about the general direction in which I think good footy discussion should be moving.

Each article will have something you haven’t seen before, patched together from rough work I have been doing over the last few months. Hopefully you can see the wide-reaching applications for some of this stuff as well as learn a thing or two about the AFL finalists

I’m very excited for this game. It features two sides who have spent large chunks of the season sat atop my personal ratings system, but also two sides that have strongly contrasting styles. It will be a battle out on the field on Saturday, but I have no doubt that the battle has been fierce in tactical preparation throughout the whole week.

Sydney have played a pretty typical Sydney season. They haven’t been overly high scoring, but they have managed to slowly strangle their opponents week after week in order to finish with the minor premiership. In fact, the only side they have ever been “out of the game” against is GWS who have beaten them comprehensively twice now.

One of the keys to the Swans’ game is controlling the ball. They’re game-plan is suited to the short, squat, SCG better than any other side in the league. By dominating possession and keeping their opponent away from the ball, it’s only a matter of time before their skilled midfield can work the ball into an area from which Buddy can score (which lets face it, is a pretty big area).

I took Sydney’s “Time in Possession” data from the AFL app and averaged it over all of their home games. You can see that they spend over 5% more game time in control of the ball than their opponents do. Contrast this to Adelaide on the road, who, despite being very high scoring, control the ball for less time than their opponent’s on average. This is partly evidence of a talented Sydney midfield and an Adelaide side who have had to readjust tactics after the departure of their best contested ball winner1. However, if this trend continues on Saturday, it’s hard to see how Adelaide will get enough of the ball to win the game.

I’ve watched a lot of Adelaide this year2, and what has struck me time and time again is how often they play with a loose man in defence. Just logically you’d think the highest scoring side in the comp (that also concedes a fair chunk of goals) would have focused their resources up front more than down back, but this does not appear to be the case. They seem to be conceding the fact they will often lose the midfield battle, now that Dangerfield is no longer there, and instead setting up for fast breaks from the backline.

To get a better idea of what exactly is going on I have visualised every Score Involvement of the most likely starting Adelaide Back-6. You can see from this that Talia and Hartigan are your “stay at home” type defenders whereas the other 4 (particularly Brodie Smith) work up the ground a lot more. You can also get a sense of Talia’s transition this year from a purely shut-down defender to an “attack launcher”. Lots of Talia’s kicks in the back 50 have started chains that have been worked up the ground for shots this year.

The “spare in defence” this year has usually been one of these 4 supplementary defenders. Note: When Cheney is in defence, Brodie Smith usually becomes the spare.

Most of these defenders perform a very similar role. Turn the ball over and get it back down the other end as quickly as possible.

Laird, Brown and Lever do this with quick, short disposals. Players like Atkins, Seedsman and Smith are far more direct, each possessing a kick upwards of 60m long. Ideally they link up with a player like Walker, Sloane or Douglas who can each clear that distance too, and the Crows have transitioned the ball from their backline to their forwards in two kicks. This creates the goal-square opportunities I talked about last week.

This “slingshot” type of play has proved very successful for Adelaide this year, but is much harder to execute on a short ground like the SCG.

The three notable failures of this style (twice against Geelong and once against West Coast) have come when a team has refused to let its defenders get sucked up the ground. I imagine Sydney will be very wary of that on Saturday and the question will most likely be, can Adelaide find another route to goal?