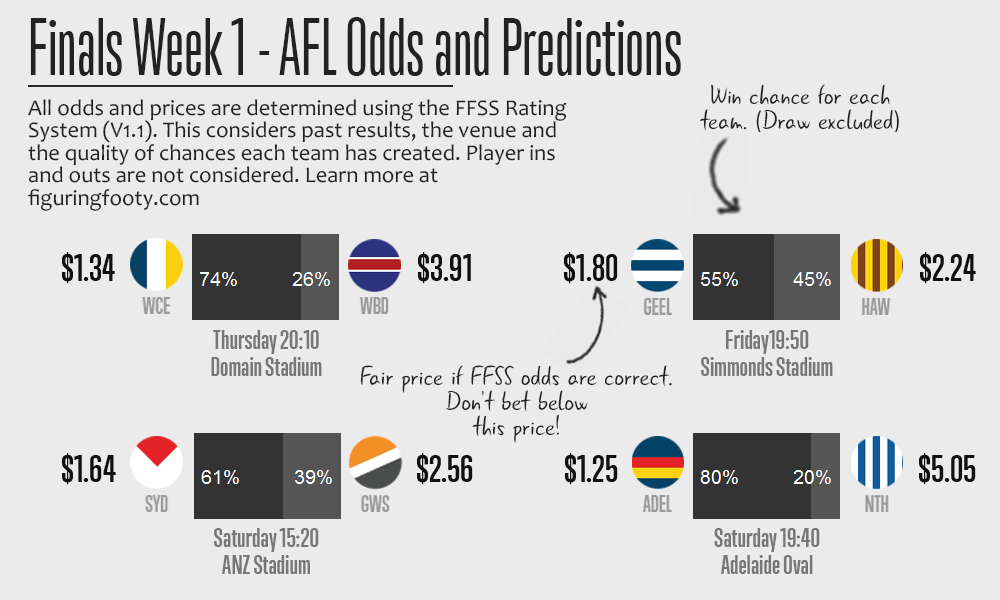 Here’s what the FFSS model makes of the first week of the finals. This will probably be the last time I post predictions this year as I feel the current model doesn’t work too well with the finals format. A attribute this to two main reasons:

Firstly, as Tony Corke wrote about this week, finals games themselves are a bit of a different beast. Tactics change and stakes are raised which can effect the way our teams play.

Secondly, FFSS is based off an Elo rating system. A quirk of Elo is that a team must gain rating points if they win and must drop points if they lose. Week 2 of the finals sees two teams who, by necessity, won last week playing two teams who lost. Ratings can get a bit weird in such circumstances.

Anyway, here they are, match tips based on ratings at the end of round 23.