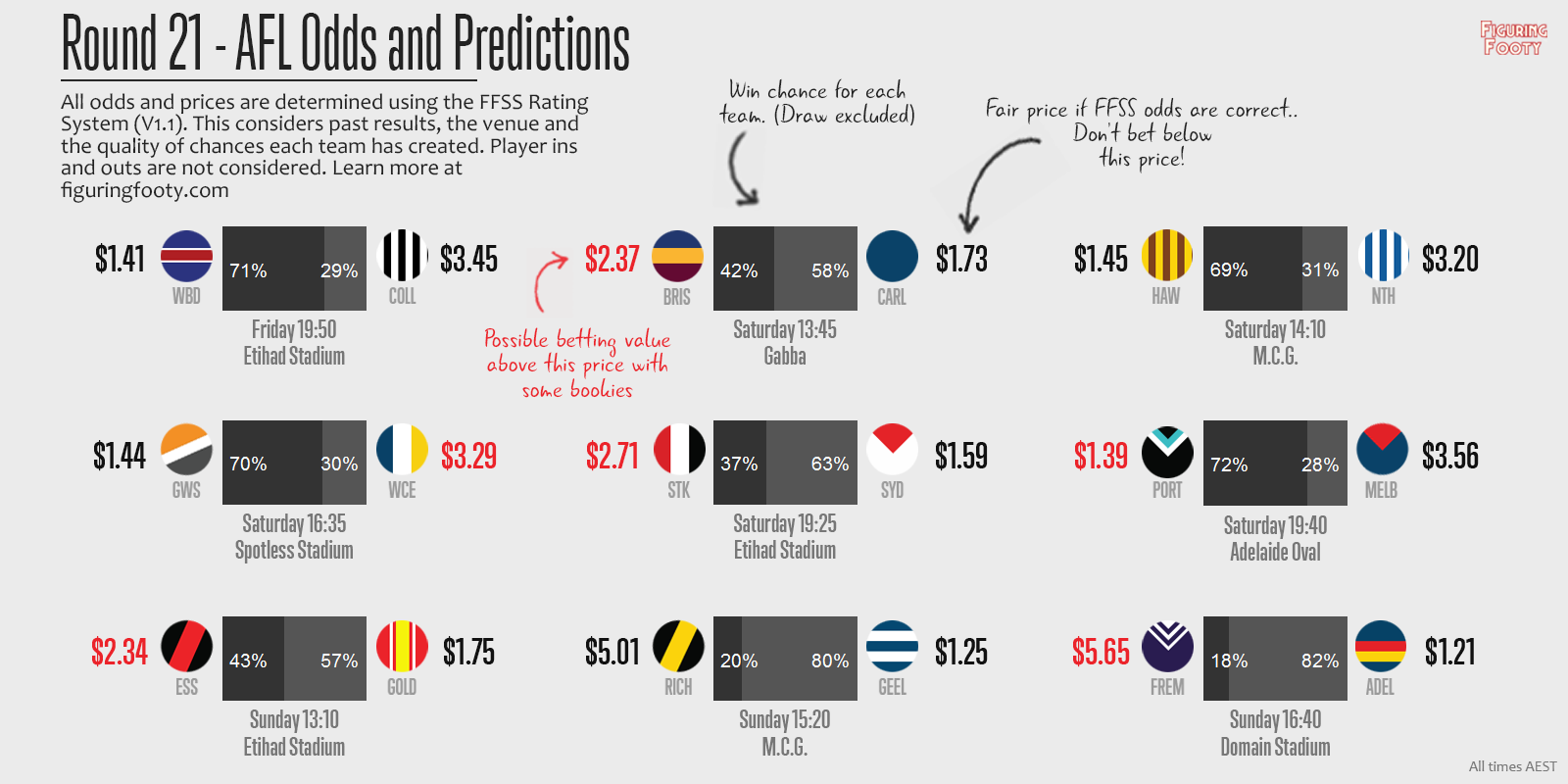 Regular followers of Figuring Footy will have noticed that I haven’t written any in depth match preview/prediction articles in the last few weeks. The reason for this is two-fold.

Firstly, I have been busy working on and writing about my Shot Quality model including analysing individual matches. I plan continue doing this for big games in the upcoming weeks, and hopefully have everything up and running smoothly so I can have closer looks at every single finals match throughout September and October. I also have an article on the Shot Quality Production of individual players planned for the next week or so. This will give us a glimpse into the most important forwards in the league. Who generates the most shots, and who converts them best?

The most one-sided game of the year? At season start, I would've been sure this was against Essendon. #AFLCrowsLions pic.twitter.com/PJShDAmCX5

The other reason I have been a bit quiet when it comes to predictions is because the FFSS model, on which all predictions are based, becomes a little less trustworthy at this end of the season. I mentioned last week how we restrict ratings changes in games between teams out of finals contention at this time of year. A similar idea explains why we are less confident in FFSS’s assessments.

FFSS rates GWS, Sydney and Adelaide as all less likely to win then the current bookie markets suggest. This is most likely because FFSS does not know just how important a percentage boosting win is for each of these teams and how much extra motivation they have relative to their opponents.1

FFSS predicts these games in the same way it has predicted any game this year, by looking at each team’s rating and then making an adjustment for home ground advantage. But we know that these aren’t just any old regular games in terms of importance and pressure.

I will post the predictions here regardless. Feel free to use them to shape your tipping or betting. But as I say every week, make sure you also use your head. Know what the model doesn’t, and make sure you factor that in to any tips.