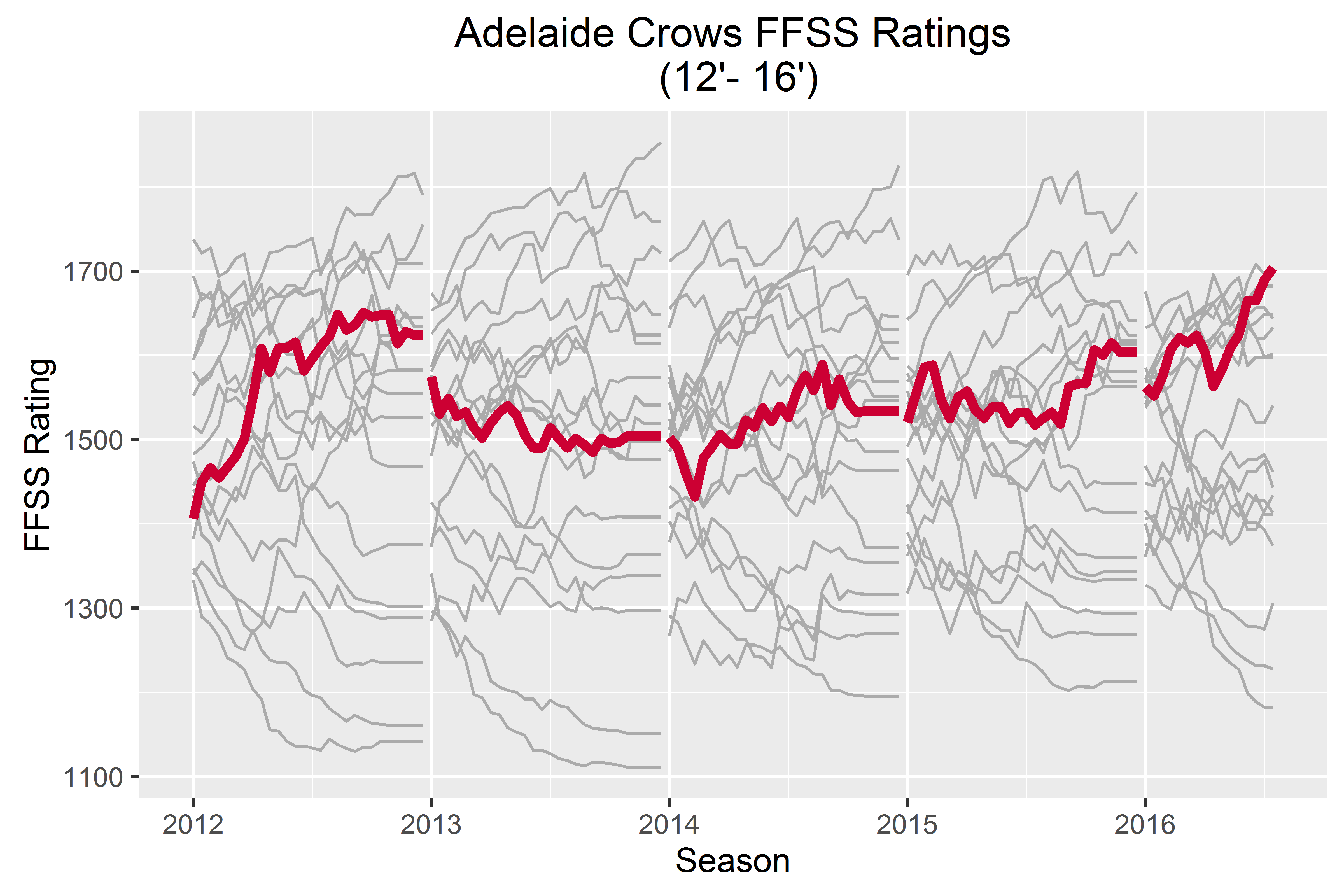 Ratings After Round 15 Crows No.1 Rated We have a new leader atop the FFSS Ratings Leaderboard after Round 15. The Adelaide Crows have overtaken Geelong as the current no.1 rated club in the comp, after the final week of the bye rounds see the Cats sit out and hence keep their ratings unchanged.

The Crows become the 4th club this season to hold the top-rated honours. Hawthorn, Sydney and of course the Cats have all been top at one stage over the course of the first 15 rounds. This is a testament to the evenness at the top of the competition. Usually we have at most one or two changes over the entire season.

The Crows are only the 5th club to hold this position in the last 4 years.1 It’s also the first time the Crows have been rated top since 2006, and their highest value FFSS rating since the ratings started using ExpScore data at the establishment of the 18-man comp in 2012. Here’s the Crows FFSS progression over these 5 years.

You can also see from these graph just how tight our ratings are from 1st to 8th. With a softish run home, the Crows are probably in there with a good chance at top-4, even top-2, but we really wouldn’t be surprised to see any of the top-8 put in a good challenge.

A bit further down the ratings, we can clearly see Port Adelaide sit as “best of the rest”. But the Power are playing from a fair way back right now and will need to have a near flawless run over the final weeks in order to make the 8 ahead of either North or West Coast.